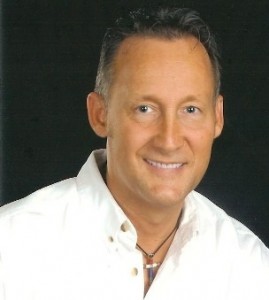 After a three-year process of applications, engineering studies, legal red tape, tower searches and prayer, New Horizon Calvary Chapel has been awarded a license by the FCC for their very own full-power radio station, which will broadcast on channel 88.7 fm by the summer of 2013.

Pastor John Raymond says, “It’s a miracle that New Horizon Calvary Chapel has been selected as the recipient of this extremely valuable media asset and effective ministry tool. Ten other non-profit organizations were competing for the same license including some huge national radio conglomerates. We praise God for his favor in this decision!” Plans are moving forward to build the radio station, which will be housed inside New Horizon’s 27,000 square foot church facility located at 3401 Pontchartrain Drive in Slidell.

Pastor Raymond received permission from the people at Educational Media Foundation to use the former name of their station in Baton Rouge called “The Bridge” since EMF changed the station’s name to K-LOVE after acquiring it from Bethany World Prayer Center some years ago. K-LOVE’s generosity didn’t stop at just the name. They also donated about $50,000 worth of specialized radio station equipment to The Bridge to assist in building the studio.

The Bridge Radio will be a huge full-power frequency that will broadcast the FCC’s maximum allowable 100,000 watt signal. This will make The Bridge Radio the most powerful Christian Radio Station in Southeast Louisiana and the Mississippi Gulf Coast potentially reaching 2,000,000 listeners or more! (The actual coverage area map can be seen on www.thebridge.fm)

Just like many Gulf Coast churches and business, the relatively new non-denominational church was hard hit by Hurricane Katrina and relaunched in their current facility after their temporary location was destroyed by the storm. The family-oriented congregation at New Horizon is excited about this new development and wants to share it with the rest of the Gulf Coast community.

“The Lord said, ‘To whom much has been given, much will be required,’” Raymond says. “We consider it both a privilege as well as a great responsibility to be the overseers of such an incredibly powerful and effective method of spreading the gospel of Jesus Christ and the whole counsel of God’s word through diverse Bible teaching and contemporary Christian music.”

New Horizon is adopting their Mission Statement directly from the words of Jesus found in the Gospel of Matthew 28:19-20, “Go therefore and make disciples of all the nations, baptizing them in the name of the Father and the Son and the Holy Spirit, teaching them to observe all that I commanded you; and lo, I am with you always, even to the end of the age.”

The official call letters of the station are WOTB, which will stand for “We’re On The Bridge,” a spiritual reference to Christ as the heavenly bridge for mankind, as well as a reference to the many actual bridges located within the station’s enormous coverage area.

Raymond says the name came to him as he drove across the twin spans from Slidell to New Orleans to appear on WWL-TV 4’s morning news show as a celebrity commentator for the popular CBS Survivor Series, which featured Raymond as a contestant in Thailand a decade ago. Raymond didn’t win the million dollar prize, but his church has won this radio station which, he believes, is worth far more than the prize for being the sole survivor.

Pastor Raymond hopes the entire community within the Greater New Orleans, and Gulf Coast region will feel like this is their personal radio station. The Bridge intends to incorporate many local ministries, businesses, issues and events into their 24/7 programming. Local Christian bands are encouraged to send in their demo CD’s to be considered for radio play. The Bridge is currently accepting inquiries from Churches who may be interested in launching their own radio presence as well as potential business sponsors who are supportive of Christian programming.

“Being an independent station is a real plus for us and our community,” states Raymond with enthusiasm. “It will give us the edge in establishing local programming and allow much more on-air flexibility for our listening audience than nationally syndicated radio stations are able to offer.”

One hope for the future would be for The Bridge to sponsor a national Christian Music Festival in the Greater New Orleans area. Much like the internationally famous Jazz Fest, this Christian version would bring in many of the most well-known Christian artists over a period of multiple days. This is just one way The Bridge intends to bring our churches and community together.

Anyone wishing to partner with the station through prayers or by making a tax-deductible contribution can log onto their website at www.thebridge.fm and check out the exclusive benefits of becoming a Bridge Builder Partner.

Free window decals will be given to anyone by request via the website or by calling the station. An online Programming Survey is available to submit your ideas for your favorite local and national ministries, musicians, events and more suggestions of what you would like to hear over the airwaves.

For more information about programming, personal opportunities, sponsor spots and questions contact The Bridge Radio at 985-781-3174 or you can email them through their website at www.thebridge.fm.