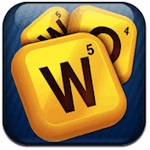 Anyone I encounter is subject to have that interaction written and posted to my blogs, if I feel there is a beneficial message for the readers.  However, I never subject anyone to embarrassment. I will change names, places, circumstances and even gender to protect the privacy of those involved.  “Idiots” is an encounter that required changes.

Wednesday evening, I opened my Ipad, and tapped the Words With Friends icon to pursue the fourteen games I am playing with friends. Sometimes a friend is playing simultaneously. One of my Words with Friends opponents is a pastor. He was online and responded to the word I played. I responded to his word. Several words later, he sent me a message with the chat option, “Why aren’t you in church?”

“What are you doing playing Words With Friends?”

In all fairness to the pastor, it was quarter till seven. Mid-week church services usually start at 7 p.m. That brief interchange began a long conversation that spanned several days. I explained to him that God only asked us for one day a week, and I no longer carry the burdens pastors add, like insisting people attend every service to qualify as a “good” Christian. When our worship of God consists of obeying the rules men add, we worship God in vain.

“According to Acts the church meet daily,” he said. Clearly, he thought every Christian should be in church every time the door opened.

“If today’s church had the power the first church had, people would attend more often.” I replied, and hoped he would leave the subject alone. He didn’t.

“Meeting one day a week is law. We are under grace.”

“I’m not basing my church attendance on law. I am basing “one day” on creation. God worked seven days and made the one day he rested holy. There is nothing wrong with meeting several times a week. Doing so does not guarantee a person will become a better Christian. The people who failed to recognize God and manipulated others to have Jesus crucified never missed a worship service, tithed, fasted and prayed long prayers.”

I opened the chat and read, “Is that what you think of my church.” The statement was a bit surreal. The only reason I played “idiots” was the point value of the word. Apparently, the exchange we had earlier had made him feel like an idiot and now he thought I was calling him and his church idiots.

We exchanged a few more comments about church and the value of attending church. “I see. I have you diagnosed.” He wrote.

His replay was…I don’t know what to say about his reply: “$45 dollars and hour.” In addition to being a pastor, he also has a counseling business. I assumed that was his rate and he thought I needed counseling. Christian counselors offer a valuable service, and I would consult and pay one if I believed God wanted me to. However, he is not the first pastor to decide I needed healing, and he was the man to do it. The last pastor who tried to heal me could not heal himself. His church died; he is no longer a pastor.

“God diagnoses and heals me for free,” I replied.

“So when is the healing going to come? You have a lot of anger toward pastors.”

At one time, I was very angry toward pastors. God healed my anger when he taught me compassion for his shepherds. The pastors I’ve known wanted to be good pastors, but, like the rest of humanity, stumbled in their fallen nature and either shipwrecked or lost the ministry God gave them. The belief that they had all the answers blinded them to the reason they failed.

Refusing to do everything a pastor requires me to do is not anger, its love. I am revering God’s words and honoring God above man. Pastors who “need” people to obey their ideas are insecure and easily manipulated. I have seen pastors destroyed by the “yes men” they surround themselves with.

“If I am so angry toward pastors,” I wrote, “why do I write positive articles about them to honor their labor? Why can’t Christians speak honestly and frankly without others assuming the worst? Doesn’t love believe the best?”

“Ok, it just seemed like you were bitter and angry,” he replied.

The judgments we make about others is a good indication of who we are. Several weeks earlier, we had dinner with this pastor. He shared some negative interactions that he had with other pastors who had criticized him. At the time, I thought he might be bitter and angry, but things are not always as they appear. To find the truth, words must be weighed with actions and I did not know this pastor well enough to make that judgment.

While I appreciated this pastors concern, I am neither angry nor bitter for the way I have been treated by pastors. They taught me a valuable lesson: The Lord is my Shepherd. All others are servants of the Good Shepherd. They are not worthy to be worshiped and blindly obeyed.