Women Keep Silent in the Church? 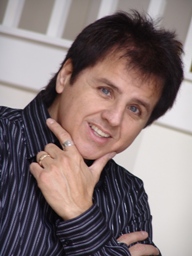 I recently read a Facebook note titled “Women Keep Silent in the Church?” by Pastor Jerry Davis. Clever title! If a man read it thinking he would find ammunition to keep women out of the ministry, he might have a change of heart before he reached the end. The comments revealed that the the note is a chapter in a soon to be published book.

I know more than one woman who has wrestled with this issue. What is a woman to do? She knows she has a call to ministry. Yet her gift either cannot find a place or she labors under the weight of oppression. Diehards’ tell her God does not use a woman in ministry “PERIOD”. Her ministry is bearing children and washing dishes. Moderates allow her to minister to male children or lead ministries in foreign lands but would never allow her to pastor a church in America. What difference do the age and place make? Let me move on before I tell you what I really think about doctrines that oppress.

I left a comment expressing my desire to purchase the book when it is finished. I know God calls women to ministry because he called me. I didn’t have the Apostle Paul’s blinding light, but I did hear an audible command to “Tell people about me.” There is a reason I tell people about Jesus on a secular website. Telling people about Jesus in church has never worked. I have a suspicion that being a woman contributed to the “never worked.”

The fellowship I attend has changed over the years. Today, they “proudly” ordain women to pastor. I hold ministerial credentials but have never pursued ordination. Frankly, I have a much larger audience writing than I would have teaching a class for five to ten people in a church, and I have never felt called to be a pastor.

The day after I read the note on Facebook, I was invited to write about Pastor Davis when he came to New Orleans to speak at a conference. He gave me enough material to keep me busy for a month. At the end of our conversation, I asked him why he was writing a book favorable to women in ministry. I will let Pastor Davis tell you why in his own words.

Women Keep Silent in the Church? is still in production. Whitaker Publishing House has not set a release date.

Pastor Jerry Davis was dubbed the Disaster Pastor by media for his tireless efforts to minister to the needs of people affected by disasters. He has served in 61 countries specializing in disaster relief evangelistic campaigns. Following Hurricane Katrina, he founded one of the primary relief camps in New Orleans, The Good News Camp, which provided $75 million in goods and services and hosted 17,000 volunteers.

He is known for powerful preaching, soul winning teaching and performances as a soul stirring musical artist. He sings, plays piano and guitar and has written over 150 songs, and released 3 CD’s. He has also made numerous appearances on Christian television and radio networks, including TBN, Daystar, 700 Club and KSBJ. His ministry has been featured in Christianity Today and Charisma Magazine.