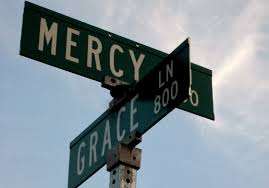 God’s judgment for the first premeditated murder was severe. Abel had done nothing that deserved death by his brother’s hand. Surely this crime warranted the death penalty. Yet Cain’s fear that someone would kill him is the only complaint God responded to. “Not so; anyone who kills Cain will suffer vengeance seven times over,”[2]  said God. Then God put a mark on Cain to protect him from anyone seeking retaliation for Abel’s murder. Then Cain moved to the land of Nod, started a family and built a city.

Why did God protect a murderer whose heart belongs to the devil?[3] Why not cut his life short like he cut Abel’s life short? Where is justice for Abel? Some people live longer than others, but all of our lives are cut short. Adam and Eve’s sin placed all of us under the death penalty. God gave Abel justice. Cain paid for his sin when God cursed him to a life of restlessness and lack cut off from God’s presence.

God gave Cain mercy when he gave him time. Cain’s character was filled with flaws, but he wanted God’s favor and the presence of God in his life. “Don’t overlook the obvious here, friends…. He [God] is restraining himself on account of you, holding back the end because he doesn’t want anyone lost. He’s giving everyone space and time to change.”[4] The suffering we bring upon ourselves will either destroy our character flaws or destroy us.

God treated Cain like a father treats a son he loves.

“My child, pay attention when the Lord disciplines you. Don’t give up when he corrects you. The Lord disciplines everyone he loves. He severely disciplines everyone he accepts as his child. Endure your discipline. God corrects you as a father corrects his children. All children are disciplined by their fathers. If you aren’t disciplined like the other children, you aren’t part of the family. On earth, we have fathers who disciplined us, and we respect them. Shouldn’t we place ourselves under the authority of God, the father of spirits, so that we will live? For a short time, our fathers disciplined us as they thought best. Yet, God disciplines us for our own good so that we can become holy like him. We don’t enjoy being disciplined. It always seems to cause more pain than joy. But later on, those who learn from that discipline have peace that comes from doing what it right.”[5]

The Bible is silent about Cain’s ultimate end. We don’t know if Cain resisted God’s discipline to his ultimate destruction or repented and obtained the favor of God he desired. But we do know God gave him time to do the right thing.

[1] All scriptures are quoted from the NIV Bible unless otherwise noted.