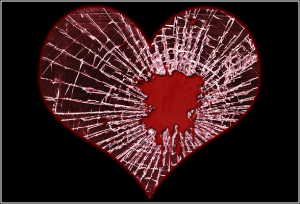 After sentencing Cain to a life of lack and restless wandering for murdering his brother, God is silent for 1,408 years by earth time. As God perceives time a little over one day[2] had elapsed when he said, “My Spirit will not struggle with humans forever, because they are flesh and blood. They will live 120 years.”[3] The Message Bible says, “they can expect a life span of 120 years.”

At this point, I am not sure if God shortened the human lifespan to an average of 120 years, or if he determined to flood the earth in 120 years, or both. The Chronological Bible places the flood 120 years after God made this statement. By Moses day the expected life had decreased from 1,000 years to 70 maybe 80.[4] Today, some people live beyond 100 years but it is rare.

God’s intent may not be clear, but there is one thing certain. God can and will come to the end of his patience. Humanity had corrupted to the point of no return in less than two days (as God perceives time) from the day Adam and Eve thought good would come from eating of the tree of knowledge.

For the first time since I started following God through the Chronological Bible I see emotion. He repented (KJV), regretted (NIV), was sorry (MSG) that he created man. He was grieved (KJV), deeply troubled (NIV), heartbroken (MSG).

The source of God’s sorrow is the evil he saw in the heart of man – “every imagination of the thoughts of his heart was only evil continually.”[5]  Jesus said “…where your treasure is, there your heart will be also”[6] People did not think about God. They relied on their own knowledge. Their knowledge made them proud and pride made them violent. Violence was the tipping point in God’s decision to destroy the earth with a flood.

Have you ever done something and wished you hadn’t? If your answer is yes, you are like God. The difference between you and God is how you respond. God could have destroyed the earth and moved on to other things. There was nothing good in humanity to prevent God from destroying them. There was something good in God. He promised Adam and Eve the seed of a woman would crush the serpents head. That promise had not been fulfilled. If he abandoned humanity, he would have justified the serpent’s accusation that God is a liar. God had a choice. Take the easy way out and be a liar or keep his word. God’s integrity salvaged the human race.

Teena Myers is the Chairman of Southern Christian Writers, a freelance writer and author of three books.
View all posts by Teena Myers →
This entry was posted in Follow Me and tagged Chronological Bible, corrupt, deeply troubled, follow me, God, grieved, heart, heartbroken, I Wish I Hadn't Done That, lifespan, regretted, repented, sorry, Teena Myers. Bookmark the permalink.