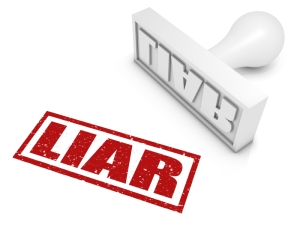 God had been talking about a son Sarah would bear for 25 years. The year Abraham turned 99 God appeared to him with new and exciting information. The child would be born the following year and they must name him Isaac. Abraham did not believe God and suggested Ishmael as a suitable candidate. But God wasn’t interested in a human plan. God returned again before the year ended. Again he told Abraham the time the child would be born. This time Sarah laughed in unbelief, and then lied about it.

Within a short span of time God confirmed twice the time of Isaac’s birth and then destroyed the wicked in preparation for Isaac’s arrival. Yet Abraham did not believe God would keep his word. He still felt the need to lie in order to protect himself from death. After the destruction of Sodom and Gomorrah, he went to Gerar and told King Abimelek that Sarah was his sister. The king took Sarah to be his wife. Abraham already did this in Egypt and was rebuked by Pharaoh. Apparently, he had not changed much.

We don’t know how Pharaoh learned Abraham lied. We do know how the King Abimelek learned the truth. God told him Abraham and Sarah had lied to him. He did not tell the king what to do. He simply made him aware of the consequences if he did not return Sarah to her husband.

Abimelek knew God had destroyed four cities for being wicked and was concerned his would be the fifth. He pointed out that he had been lied to and had not taken Sarah into his bed yet. Therefore, he had done nothing wrong. His conscience was clear. His hands were clean.

Then Abimelek learned why he had not satisfied his lust with Sarah. God knew he had been deceived and acted with a clear conscience. That is why God kept him from sinning. Then God gave Abimelek a choice. Return Sarah to my lying prophet who does not believe what I say. He will pray for you, and I will honor his prayer by forgiving the sin you committed in ignorance. If Abimelek chose to keep Sarah, the offence would no longer be innocent. Abimelek and his entire family would die.

Abimelek exhibited a great deal of humility allowing someone who lied to him and complicated his life to pray for him. Abraham lied but not with malicious intent. He lied because he was afraid to die. For the second time Abraham learned that his fear was unwarranted.

It is important to note that Abraham’s prayer did not prevent death. No amount of prayer can save someone who knows the truth and chooses to do wrong. Abimelek saved himself from death when he repented and returned Sarah to her husband. Abraham’s prayer only removed the barrenness produced by a sin committed in ignorance.[2]

[1] All scripture quotes are from the NIV Bible unless otherwise noted.