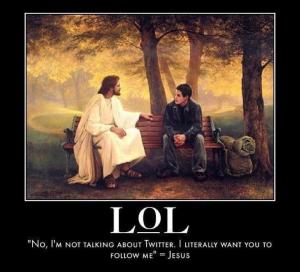 On the third day a powerful thunder storm awoke the church at dawn. They peeked out of their tents to see the mountain covered in a thick cloud. Powerful bolts of lightning flashed and it was raining so hard water gushed down the mountain.[3] Suddenly, a very loud trumpet blasted summoning them to meet God. The church shuddered with terror and Moses was frightened out of his wits but there was no turning back.[4] The trumpet blast became louder and louder with each passing minute. The church followed Moses to the boundary lines around a mountain blazing with fire and smoke[5] quaking under the arrival of God and ten thousands of his angels.[6]

In the presence of the church God called its pastor to draw near. As soon as their pastor was out of sight the church withdrew to stand afar off, which makes God’s first priority a bit amusing. Drawing near to God was no easy task in the midst of a thunder storm causing water to gush down the mountain. Moses entered God’s presence to hear, “Go down and warn the people, lest they break through to gaze at the Lord, and many of them perish.”[7]

I can image what Moses was thinking. Go down…I just got here and you want me to go back down. The last thing Moses wanted to do was go back down and fight his way through a thunderstorm to return. Being tired, wet and frightened out of his wits prompted him to say something dumb. “The people cannot come up to Mount Sinai; for you warned us, saying, ‘Set bounds around the mountain and consecrate it.’”[8]

Why do we tell God what he already knows as though he is stupid? God knew they had obeyed him. Moses missed the point of God’s command. The church is God’s special treasure, but they don’t treasure God. They have accused him of bringing them into the wilderness to slaughter them with starvation twice. They don’t know God’s heart. The last thing he wanted was one of his treasures to perish on this special day. In fact God is “not willing that any should perish but that all should come to repentance”[9] for the evil things they believe about God.

[1] In 1 Corinthians 10 Paul warns us that the things that happened in the wilderness were recorded as a warning to the church because Moses preached the same gospel about Jesus that was preached after Jesus resurrection. For this reason Israel/Jacob will be called the church in this series.

[2] All Scripture is from the NKJ Bible unless otherwise noted.

חרד chârad khaw-rad’ A primitive root; to shudder with terror; hence to fear. The New Testament revels Moses state of mind in Hebrews 12:21, where the Hebrew word translated fear is much stronger. Ekphobos ek’-fob-os From G1537 and G5401; frightened out of one’s wits: – sore afraid, exceedingly fear.