Just What You’re Looking For 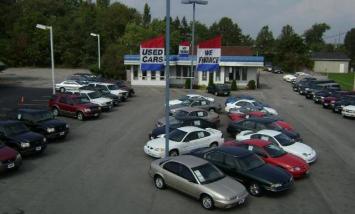 When my baby started college a car became a necessity. The last thing he needed was unending car repairs sucking up his limited funds, and I wanted the impossible – a new car at a used car price. God is able to do the impossible, but I don’t expect him to do the unreasonable. I prayed he would lead us to a reliable car that fit our budget with less than 30,000 miles thinking that is the closest we would get to a new car.

Before we left the house, my husband called from work and said he wanted Tim to look for a new car. I didn’t think he could afford a note for a new car, but dutifully drove onto the new car lot. Tim test drove a car and wanted to discuss the price with the salesman. I reluctantly consented. He had saved a substantial down payment, and I was present to guide him, not choose the car.

When the salesman assured us a $200 a month car note, Tim was ready to buy. The note was reasonable, but I reminded my eager son, “You have to pay insurance too.” The salesman smelling a sell offered to call our insurance for a quote. He dialed the number and turned on the speakerphone. The secretary recorded the information and then informed us we could not get a quote today but someone would call us tomorrow.

The salesman looked up from doodling on a piece of paper in shock. “We call this agent all the time. I’ve never had that happen.”

At this point, I took over the negotiations. “My son won’t commit to a car until we know how much the insurance will cost.” Feeling the sale slipping through his fingers, he spun the phone around and quickly dialed the national office of the insurance company.

“How may I help you,” said the secretary.

A voice squawked over the speakerphone, “You’ll have to contact your agent for a quote.”

My son and I patiently waited another forty minutes while the frustrated salesman labored in vain to find someone who would give us an insurance quote. I finally thanked the salesman for his efforts, and we left the dealership.

“Don’t worry,” I told my son. “Our agent will call tomorrow with a quote, and we’ll come back if it’s affordable.” He nodded in agreement.

This time I pulled onto a used car lot. “What do you have for about $10,000, I asked the salesman. He led us to a car with 44,000 miles on the speedometer. “Do you have anything with less mileage?”

He looked thoughtful for a moment. “I think I have just what you’re looking for.” He made us comfortable in his office, and then left. The wall was covered with awards for best salesman. Next to the awards were photo’s of him with a former mayor of New Orleans and a famous boxer.  I was reading a prayer tacked on his wall when he returned with a key in his hand.

Tim took the car for a test drive and liked it as much as the new car. “How much?” I asked the salesman. He led us back to his office. I sighed. Why couldn’t he quote a price while we stood outside?

He jotted numbers on a sales order and then handed the paper to me. When I saw the bottom line, I tried to keep my jaw from hitting the floor – $9,995 including tax, title and license. The price and mileage exceeded our expectations.

Tim had saved $8,000 to buy a car. I could put the balance on my credit card, and he would have the car paid in full before he attended his first college class. I studied the figures again and concluded this offer was too good to be true. There must be something wrong with the car.

“May I see a Carfax report,” I inquired.

A few moments later, the salesman returned with the report: one owner, personal use and then sold in an auction to the present dealer. Carfax guaranteed no problems with the title, no reported mechanical issues or accidents and no recalls listed.
The salesman left his office while I called my husband. We decided Tim could buy this car if he so desired. I motioned for the salesman to return and Tim proudly announced, “Sold.”

The salesman smiled and said, “Before I left for work this morning, I asked God who I could help today.”

His comment reminded me of my prayer for guidance. “I believe he just answered your prayer,” I said, “and mine.”

Teena Myers is the Chairman of Southern Christian Writers, a freelance writer and author of three books.
View all posts by Teena Myers →
This entry was posted in Testimonies and tagged answered, car, college, guidance, prayer, Teena Myers. Bookmark the permalink.